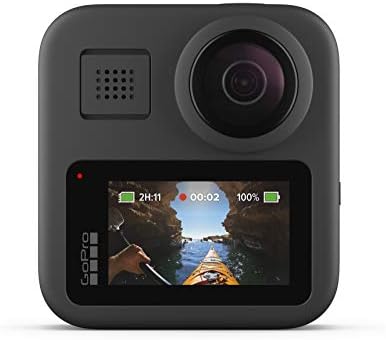 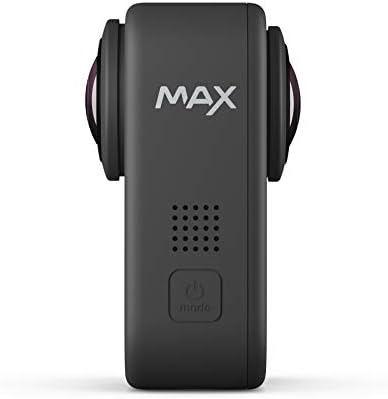 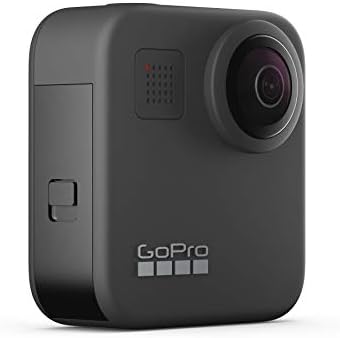 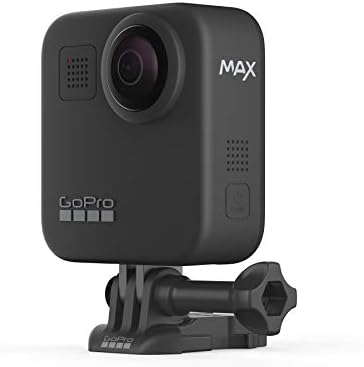 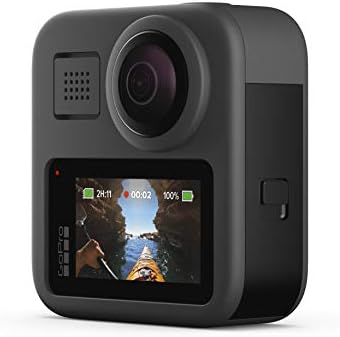 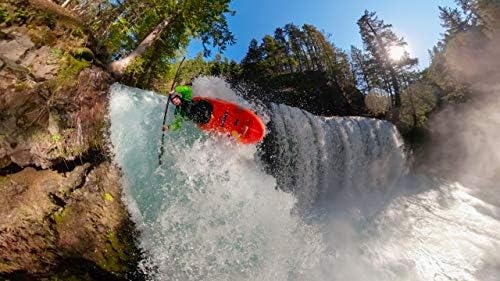 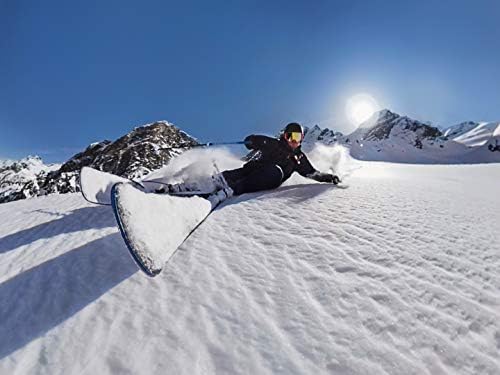 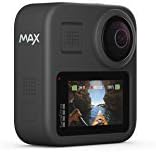 Take panoramic photos and videos without actually panning your camera GoPro MAX 360 Action Camera. Using opposite side lenses, the MAX can capture everything that happens in a 360 view in up to 4992 x 2496 resolution video and 5760 x 2880 still photos. Both photos and video are automatically stitched in the camera for editing flexibility and easy sharing. It can also use only one lens to capture traditional GoPro HERO-style wide-angle action footage when needed.
The MAX supports multiple modes for creative video and photos, such as PowerPano mode which can take 270 still photos without distortion. TimeWarp mode allows you to record in standard HERO mode with a variable speed function; you can slow down then speed up your footage in real time with one tap. The MAX supports the HEVC video format which records very small files while preserving image quality, saving you precious space on your SD card.
There are four lens sizes to choose from for just the right angle: Narrow, Linear, Wide, and Max SuperView for those extremely wide shots. HyperSmooth provides smooth stabilization for your action shots featuring horizon leveling within the camera for super-steady footage in both HERO or 360 modes. To complement the camera’s spherical video, spherical audio is also recorded. Using six microphones, you can record sounds from all directions, creating a totally immersive 360 surround-sound video playback experience.
Similar to its cousins the HERO7 or HERO8 Black, the MAX supports live streaming to social media in 1080p. It’s also waterproof to 16′ to protect it during light water shoots and from splashes and rain. The camera’s touchscreen provides quick and easy management, but when your hands are full, the MAX understands 14 voice commands in over ten languages and accents. Just say “GoPro, take a photo” and your MAX will use

Three Cameras in One: Maximize your creative freedom. With MAX you can shoot traditional HERO-style video and photos or capture immersive 360 footage. Vlog to the max with shotgun-mic performance and a front-facing screen.
Max Hyper Smooth: max gives you unbreakable stabilization by using 180 Capture as the ultimate buffer.
Horizon leveling: in Hero mode, game-changing horizon leveling gives you that silky-smooth cinematic look Whether you’re getting sideways, flipping through the air or chasing your kids.
PowerPivot: Pane without the pan. Take incredible 270 distortion-free panoramic photos without having to scan the horizon. Take PowerPivot selfies, action shots and vertical pics-all with a level horizon.
Premium 360 + stereo audio: six mics capture true-to-life 360 audio and deliver the best stereo sound Ever From a GoPro.
Shotgun-Mic Performance: Directional audio in HERO mode lets you prioritize sound from either side of the camera, no matter which lens you’re using-perfect for logging.
Digital Lenses: Choose from four digital lenses in HERO mode to get the shot. Capture video and photos in Narrow, Linear, Wide and Max Super View-our widest view yet.
Max Time Warp: Capture super stabilized time lapse videos while you move through an activity. In HERO mode, Time Warp automatically adjusts speed based on motion, scene detection and lighting. You can even slow down the effect to real time-savoring interesting moments-and then tap to speed it back up.